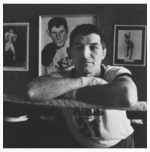 Born in Hesleden, County Durham in 1936, George dedicated his life to boxing. He turned professional boxer in 1957 and had 62 pro bouts which included 42 wins (record). One of George's boxing highlights was a bout against the undefeated World Champion Howard Winstone. George also had success as a trainer with British titles with the Feeney Brothers and Billy Hardy and Commonwealth glory with Stewart Lithgo.

In 1986 Channel 4 commissioned Amber Films to make a 60 minute drama documentary featuring George and his gym based in the North East. (click here to watch the film)

East Brighton ABC where very honoured to be approached by Wilma Ledward who donated Alf Barber’s cufflinks given to him 1922. Alf was also known as Osh to his family. He was married to Dorothy Hutson and had a brother called Henry.

As an amateur, Brighton’s Alf Barber fought at bantamweight, but switched to flyweight after joining the professional ranks. Despite being a Southern Area champion, Barber never won an ABA title, but lost to W. Goulding in the 1922 final, and in 1923 and 1924 lost at the semi-final stage, to Les Tarrant on both occasions.

Barber turned professional after his 1924 Olympic appearance, and in 23 contests (record), enjoyed 14 wins and nine defeats. He was, on two occasions, scheduled to meet Elky Clark for the British flyweight title. The fight was cancelled, firstly because Clark was ill with tonsillitis, and before their scheduled second meeting, Clark suffered a serious eye injury during a world title bout with Fidel LaBarba at Madison Square Garden in January 1927. This meant he had to pull out of the meeting with Barber. This resulted in Clark being stripped of the title and in May 1927 Barber met the Scot Johnny Hill at the NSC (National Sporting Club) for the vacant British title, which Hill won when the referee stopped the fight in the 14th of 20 scheduled rounds. It was Barber’s only crack at a British title. Hill tragically collapsed and died in 1929 at the age of 28. 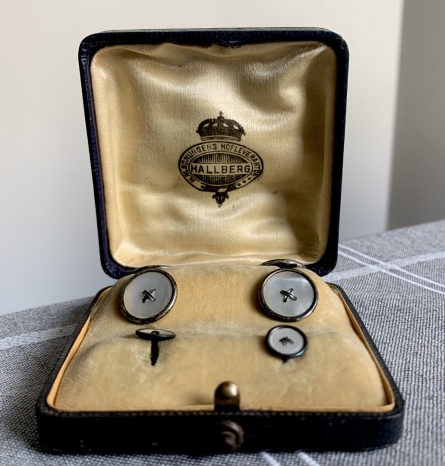 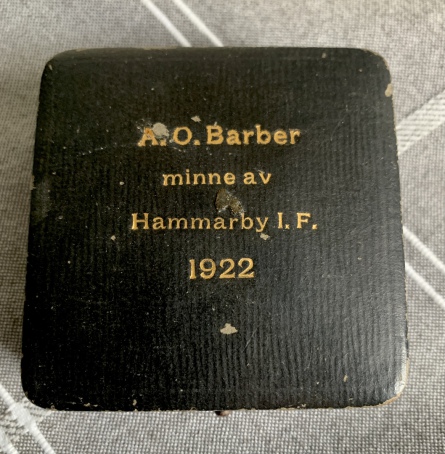